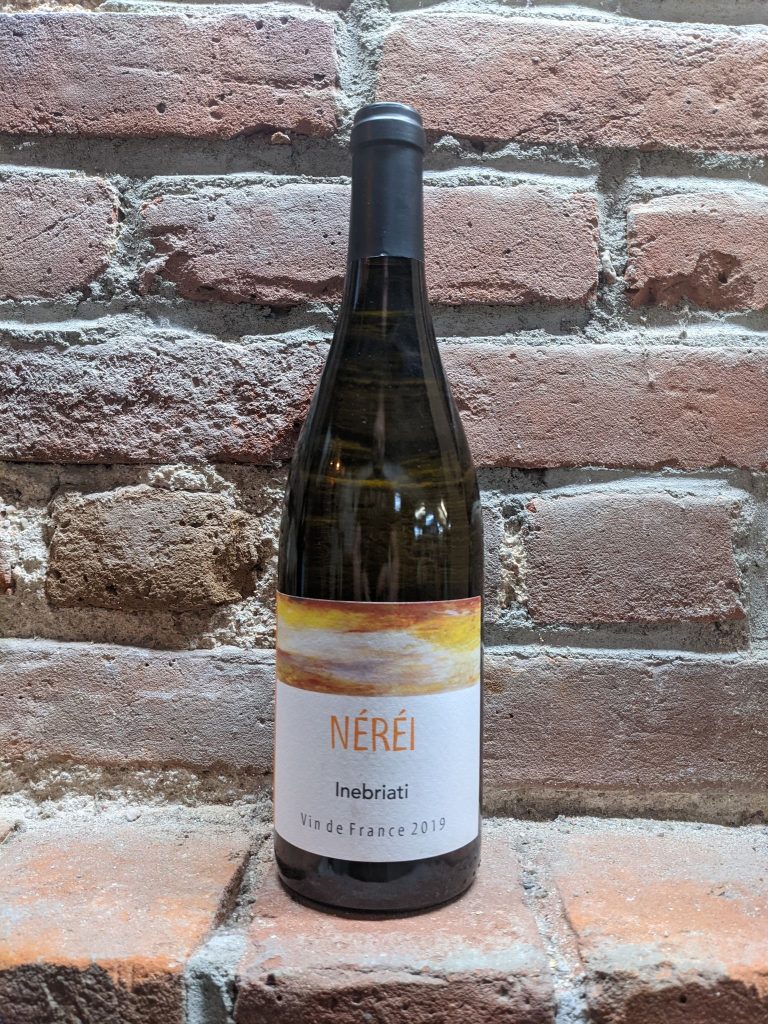 Inebriati was created in 2010 with only 2 hectares of vineyards in the Beauthorey domain and now encompasses close to 6 hectares.  Located on the northern end of the Pic-Saint-Loup appellation, Victor is working with crazy old vines in rugged “Gravette” soils in the middle of the garrigue, surrounded by limestone cliffs. The terroir is known as the “engraver”, composed of angular pebbles of limestone from the erosion of cliffs, mixed with brown earth.  The vines, which have actually belonged to his father for decades, were converted to Organic viticulture in 1985 and then switched to Biodynamic farming in 1989 (way before it became fashionable).

Victor is steadfast in his belief in natural winemaking, refusing to use any additives, chemicals or other modern winemaking techniques, just grapes and native yeast. He’s also not one to follow the rules of the region, choosing instead to label many of his wines as Vin de France to allow for more freedom of varietals and blending. These wines are so tasty and they just keep getting better. 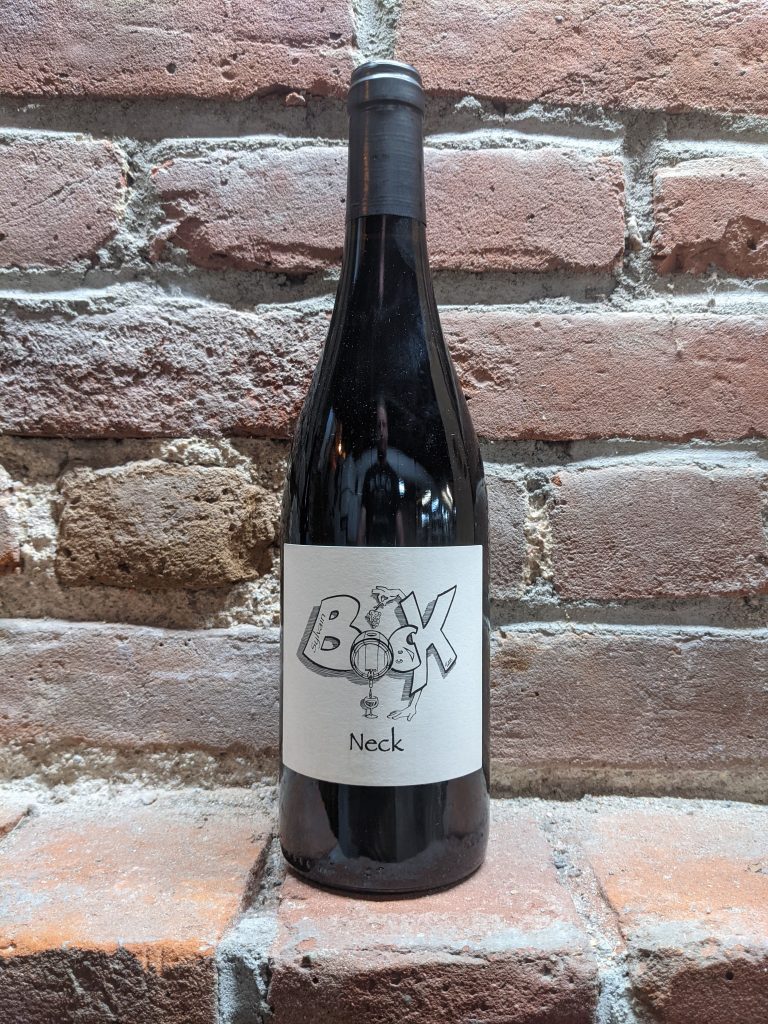 “Pensive, introspective, yet prone to sudden bursts of enthusiasm, Sylvain Bock the person is much like the wines he makes. His wines project a careful complexity that is belied by their playful labels and Sylvain’s propensity to experiment through co-ferments and delayed releases if certain barrels take detours he does not expect.

Nestled in a rugged corner of the Ardèche in Alba-la-Romaine, Sylvain was one of the last winemakers we visited in the Before Time, and certainly the last we joined for some spontaneous outdoor recreation.

He clearly loves this part of the world he has chosen to call home — which he describes as the North of the South of France — not only for its terroir of limestone and basalt, but also for the community he has found there among other winemakers such as Gerald Oustric of Le Mazel (who served as his ‘lightning rod’ for natural winemaking), Jérôme Jouret, Les Deux Terres and Anders Frederik Steen.

His position at the “northern limit of the South” influences virtually every decision he makes: from extracting the delicate flower aromas at the “northern limit” of Carignan (in his Bascule) to choosing Chardonnay (à la fraîche…) as a variety that has proven resilient in the face of climate change, which is turning much of the winemaking world into “the South.”

[This is] a tribute to the neck of Sceautres, a huge volcanic rock looming over this special geological pocket of basalt, suited to grow both Grenache and Gamay. Harvested by hand in small boxes, the Grenache is picked at perfect ripeness, two weeks after the Gamay, before undergoing 2-3 weeks of carbonic maceration and 8 months in tank together.  Fruity and structured with a spicy, savory burst.” 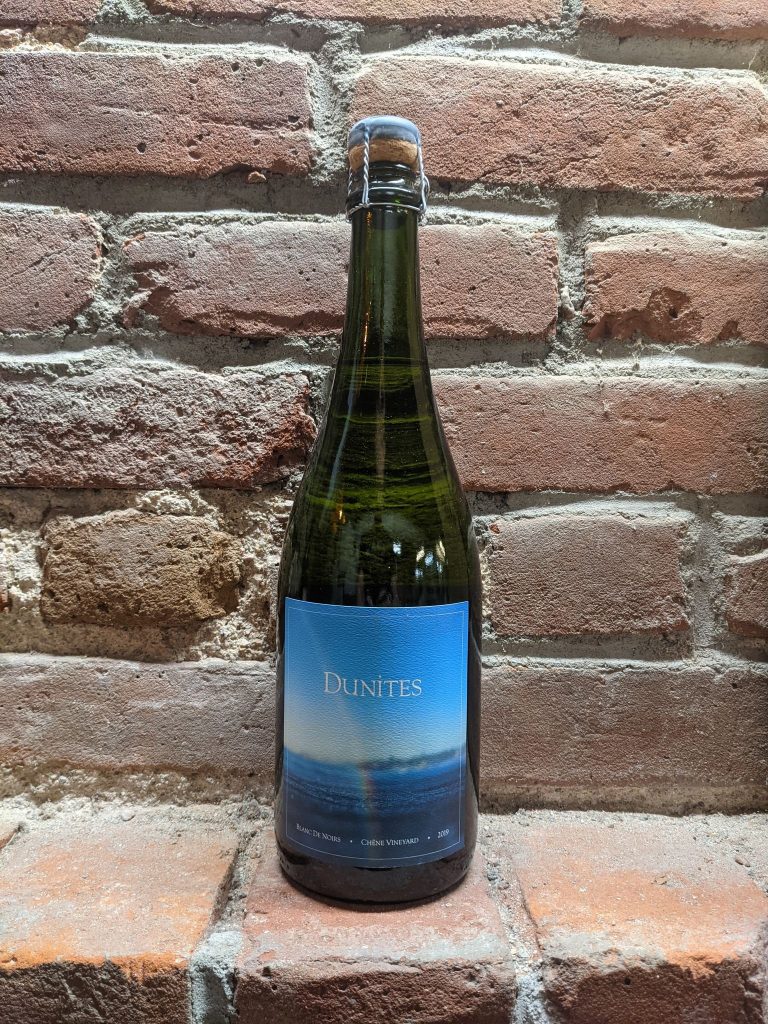 As for the muse behind their craft? Enter the Dunites of 1930, an eclectic group of bohemian pioneers ( artists, hermits, mystics, nature lovers and nudists) who championed creativity, expression and free thought. They were a community who preserved the natural beauty of their ancient dunes and rejoiced all walks of life, a progressive ambition poetically expressed today throughout Tyler and Rachel’s small-batch wines.” -Joni Hargrave

“Chêne Vineyard is a 7-acre site that is planted on a gentle hillside in the Edna Valley AVA. Our dear friend Gina Giugni thoughtfully farms this land following the tenets of biodynamic agriculture that utilizes specific preparations that promote soil biodiversity and a healthy farm ecosystem. The soils at Chêne are a mixture of sandy loam and tuft, the remnants of the volcanic activity that occurred on our ancient coastline prior to the uplifting of the seafloor some 25 million years ago.

Pinot Noir for this wine was hand harvested early in the morning before being brought to the winery where it was gently pressed to avoid extracting color or bitter phenolics from the grape skins. The juice was then transferred to neutral oak barrels where it underwent fermentation by native yeast. Following 8-months of ageing in barrel, the wine was racked to tank where a liquer de tirage and yeast culture were added prior to bottling to encourage a secondary fermentation in bottle. Utilizing this Méthode Champenoise allows for the wine to age on its lees in bottle, where it can gain the aromatics of toast or brioche that are famous in this style of sparkling wine. After 11-months en tirage this wine was riddled and the yeast deposit was disgorged, leaving behind a crystal-clear wine. No dosage was added in the brut nature style.”  – Dunites