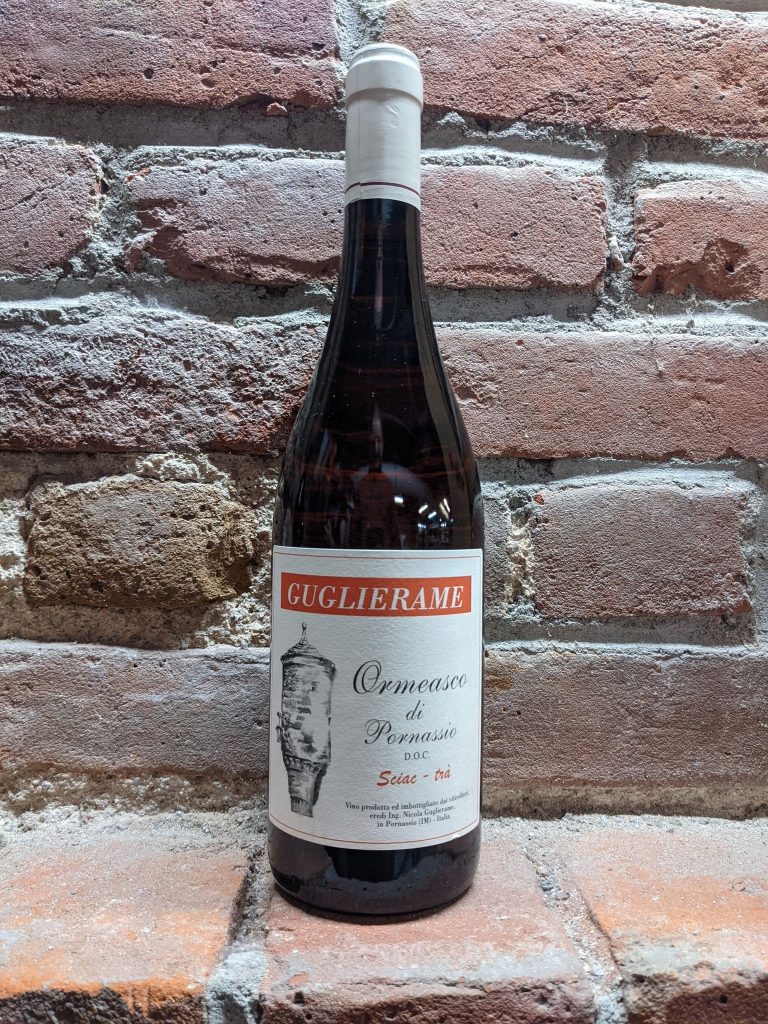 High in the Maritime Alps of interior Liguria, nestled just 10 kilometers from France and a stones throw from southern Piedmont, is the tiny village of Pornassio, home to the Guglierame family and their unique, historic wines. Pornassio is an ancient village, a gateway passage in the high Alps that has been home to the cultivation of the indigenous Ormeasco grape variety since at least 1299.  Descendants of the historic Marquisate-Scarella clans, the Guglierame family is the oldest in this mountain region.  Brothers Agostino and Raffaele along with their sister Elisa have been making these wines their entire lives. Their first bottling was in 1958.

The village is perched on steep, terraced hillsides, up to and well over 550 meters above sea level.  Ormeasco is a rare sub-variety of Dolcetto, with a morphology that is unique and has adapted to the harsh Alpine growing conditions.  The berries are much larger and the harvest is almost an entire month later then the Dolcetto found growing in the Langhe. The Guglierame family holds just 2.5 hectares of estate vines, yet they are the “largest” producer in the region (there are 3, including Guglierame and the local Cantina Sociale). They make two versions of wine, both 100% Ormeasco; a classic and elegant red wine, aged in 25 hL old oak barrels and the rare and exciting Sciac-tra`, which translates to ‘direct-press’ and is an amazing rosato expression of the grape.  It is aged in stainless steel and cement and bottled the spring after harvest but is often released a full year after vinification. The vineyards are tended organically and the wines are naturally fermented, basket pressed and aged in the family’s historic cantina. 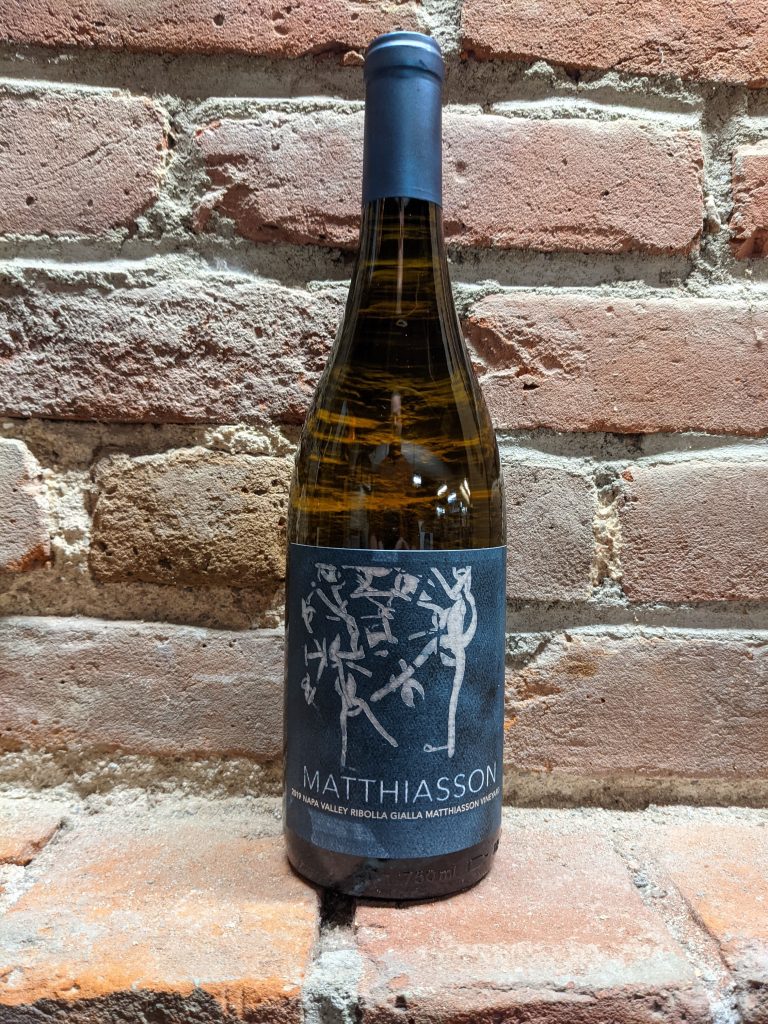 Ribolla Gialla originates in the Friuli region of Italy and across the border in Slovenia. An ancient grape variety, its earliest known mention was by the Pope in 1296. Ribolla Gialla makes an unparalleled food wine, filling the gap in food pairing between white wines and red wines—it can be amazing with pork and stewed pome fruit, fatty raw seafood, cured meats, and intense cheeses. Matthiasson has been making “orange wine” from this fruit since 2008, fermenting the wine whole cluster, with the skins and stems, until dryness. It was fermented whole cluster with native yeast in an open-top tank using punchdowns. After two weeks the must was pressed, and the wine was aged for 18 months in neutral barrels. The wine aged sur lees and it was never racked. No SO2 was used until a tiny amount at bottling. The Ribolla Gialla tastes like hazelnuts, baking spices, meyer lemon curd, Bartlett pear, but most of all it has a stony minerality that is incredibly distinctive. There is supple tannic structure and fresh balanced acidity, with great weight and length given the moderate alcohol.

The Ribolla Gialla represents seven rows in the Matthiasson Vineyard in the Western Oak Knoll area of Napa Valley. It was grafted onto 15 year old Merlot vines. George Vare was given a few sticks of the budwood from Josko Gravner in 2001 and grafted it into his own vineyard, which Steve was managing. Steve (and then Jill) fell in love with the variety in the process, and immediately grafted the variety into their own vineyard when they purchased it in 2006. 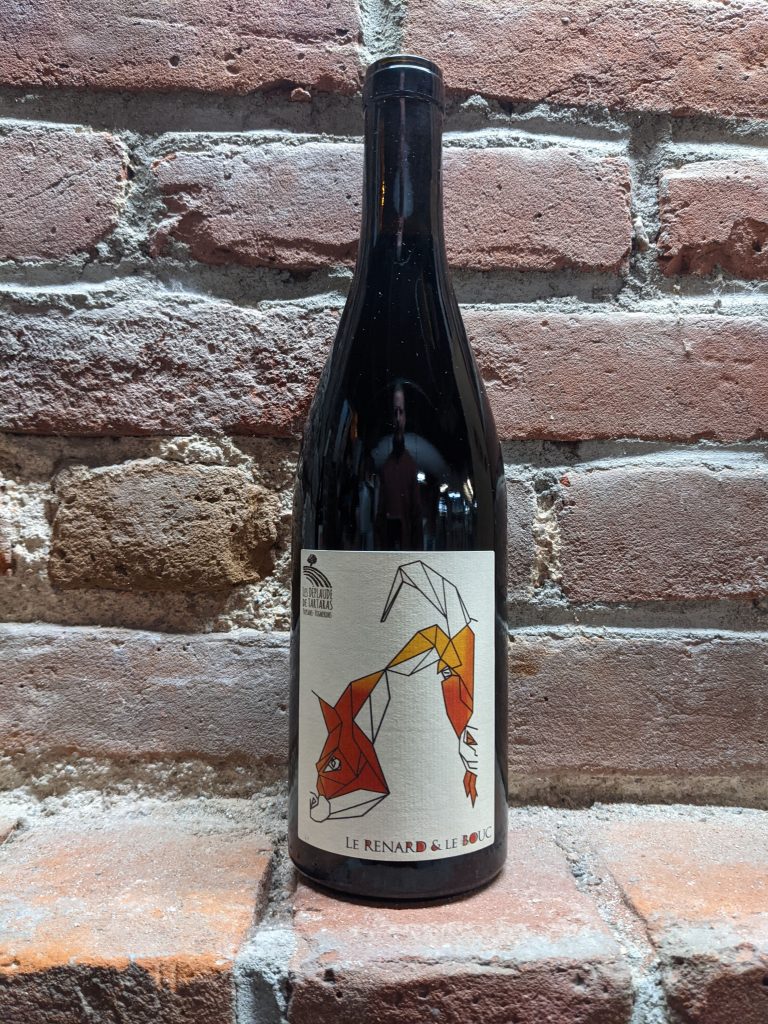 The Collines Rhodaniennes is a French wine region that essentially corresponds to the northern Rhone Valley in eastern France, stretching from Lyon in the north to Montelimar in the south.  The area is home to some of southern France’s most famous AOC appellations, including Cote Rotie, Condrieu and Hermitage.

‘“We were farmers before we were vignerons” Pierre-Andre and Anne Deplaude like to say with no small measure of pride.  It’s often said that wines are made in the vineyard, not in the winery.  This is of course a simplification but we’ve always liked working with those vignerons with big callused hands from the field, not cravats and suits, so imagine how happy when we stumbled on wines being made by people in love with the idea of polyculture, that wine was just a part of their farm.

When Pierre-Andre and Anne started to farm in the out of the way Coteaux-Du-Gier somewhere between Lyon and Clermont-Ferrand wine wasn’t a priority, instead it was grains, fruits and dairy cows, as well as a tiny production of wines.  This kept going until the early 2000s when a drop in milk prices forced them to rethink a few things, and they decided to take some of their most interesting land and convert it to vineyards.

What didn’t change was the commitment to be farmers first, to work the land honestly and responsibly and have the product reflect that, be it wine or milk.  When Guilhaume, Michael and I first tasted these wines we were amazed to be drinking such pure terroir driven wines from a region we hadn’t even heard of days before.’ – Selection Massale