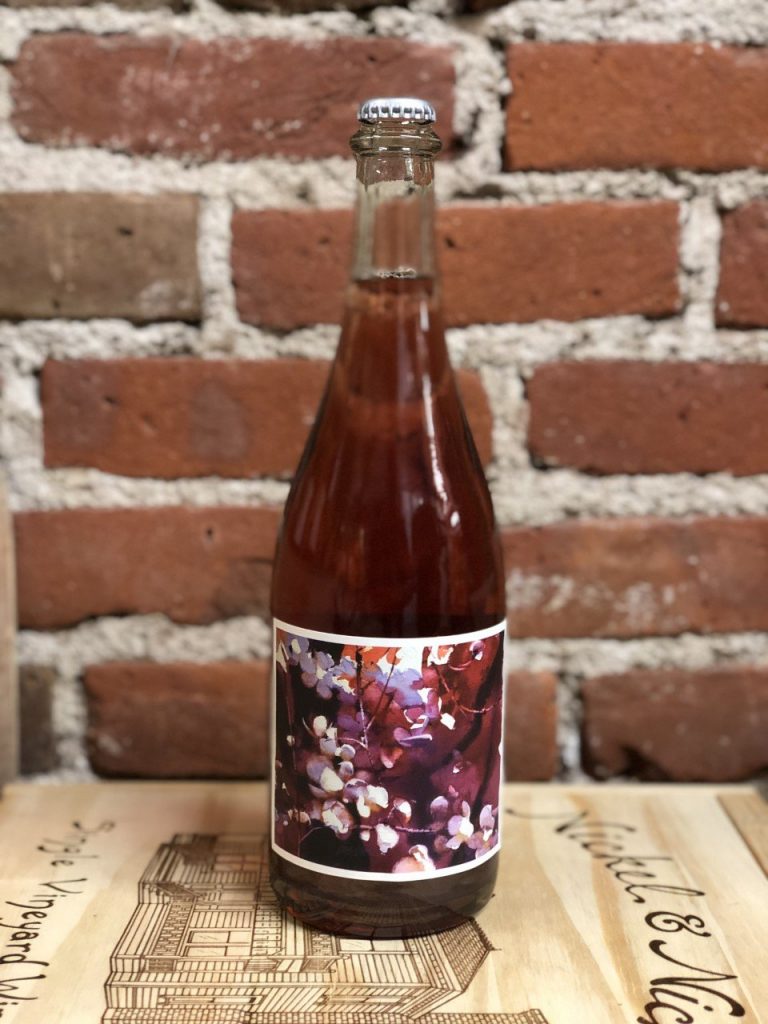 Nothing like a little Pet Nat for Thanksgiving! Oregon is often touted as the premier region to pair with Thanksgiving food in the US, and while that’s not incorrect, we deserve a bit better than the same old Oregon Pinots year-in, year-out. Ancestral-method Pinot Noir seems like the most exciting way to honor this classic pairing while exploring a different and equally easy-pairing expression. This Pet nat is fresh, bright, fruit driven, and zippy. This is a knockout apero wine for before the meal (or an equally good wine for no-fuss drinking when you’re in nap mode after).

“Johan Vineyards is a certified-Biodynamic estate vineyard and winery, located in the Van Duzer Corridor AVA. As winegrowers, we have a very intimate connection to our site. With each growing season, we mature and evolve with the farm and find ourselves continually refining our approach in order to develop a more honest and true farm individuality. Our winegrowing is guided by the objective to authentically interpret our farm’s identity through the creation of wine. We believe the sense of place, the essence of our farm, is best expressed through our deep commitment to Biodynamic farming practices, native-yeast fermentation, and minimal intervention in the cellar.” 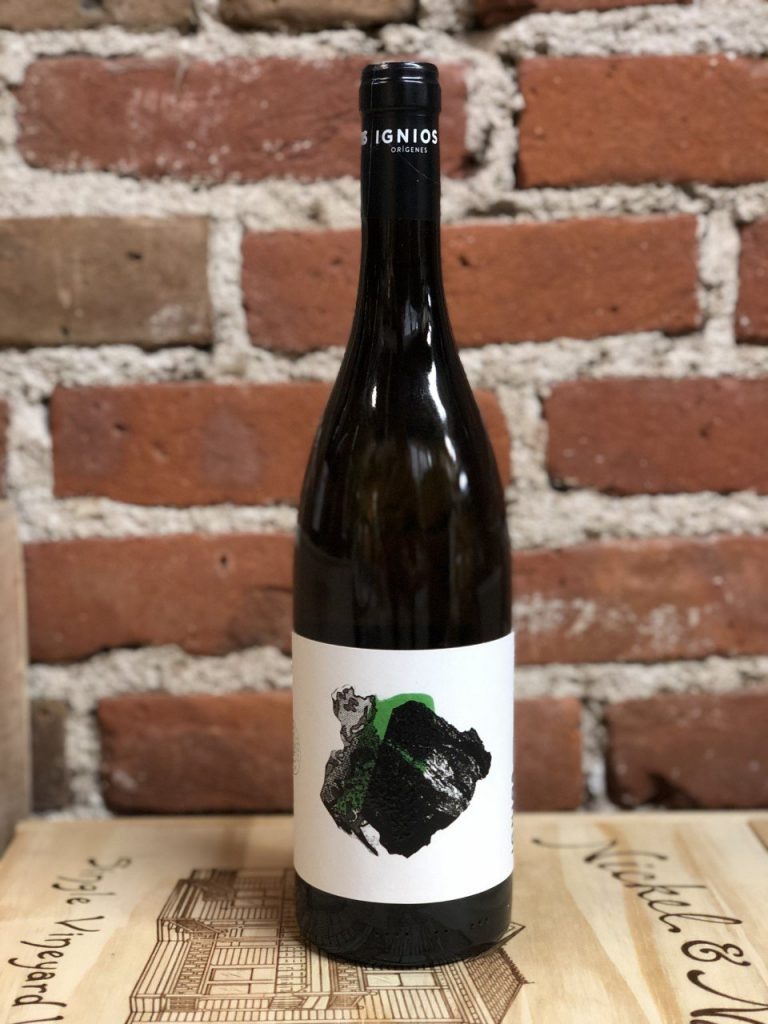 “Although Tenerife boasts a long wine history, it is pretty worthless because we have been making things badly for 20 years,” Borja Perez once said. For a while, indigenous varieties to the Canaries had been torn out in favor of international grapes with little chance to be that good. Thanks to winemakers like Borja, traditional varieties are back on the forefront. “Marmajuelo” is one of Borja’s richer offerings. Marmajuelo, a grape indigenous to Tenerife, is boisterous and aromatic. Thanks to Borja’s diligent use of used french oak, and a calendar year of lees-aging, this wine is round and long, but still zippy and high-toned. Salty sherry-esque goodness, dry pineapples and melons. Perfect for Thanksgiving dinner, and for the middle of the night when you’re eating the leftover mashed potatoes straight from the tupperware.

“Borja Perez is a rising star of the Canary Island wine scene. A former racing car mechanic, Borja inherited the family business in 2011 and decided to bottle his own wine rather than sell off the fruit. He set about refocusing on local varieties like Listan Blanco, Listan Negro, Marmajuelo, Vijariego Negro and Baboso Negro by restoring old ungrafted vineyards back to full health and establishing new sites – work he is still engaged in today. In that pursuit, Borja has developed a reputation as one of the best viticulturists in the Canaries. Situated in the richly biodiverse DO appellation Ycoden-Daute-Isora in Tenerife’s north west, the volcanic, maritime vineyards here range from low coastal elevations to around 800m on average, with the most extreme sites climbing as high as 1,400m. Proximity to the Atlantic and its constant cooling winds and natural humidity conspire to produce a very exciting, yet challenging, climate for wine production. In the cellar, Borja takes a minimal intervention approach with no additions at all other than a touch of sulphur at bottling. Tending to favour a little skin contact in the whites to naturally balance the wines’ intense saline acidities with a bit more texture, these are some of the most individual, characterful wines on our list, ripe for creative food pairings. In both colours, new oak is avoided in favour of concrete, 500L used French oak and 2,500L foudres. The Artifice range is produced from a combination of owned and bought-in fruit, to create an accessible, delicious entry-level range, while the Ignios Origenes wines are from fully-owned vineyards and bottled as single varietals in tiny batches to showcase the quality of these unusual varieties. For spicy, energetic wines with a deep sense of minerality and authenticity, the Borja Perez wines are just the ticket.”

Domaine de Saint Pierre is no newcomer in the Jura. The estate has been around for decades, with around seven and a half hectares under vine. The owner and principal winemaker, Fabrice Dodane, started working at the estate in 1989, and eventually was able to purchase the property in 2011.  The “Le Dos d’Chat” line is Dodane’s more playful lineup, of all negociant fruit. Yields in the Jura have been dwindling for years, thanks to late frosts, rains, and other climactic conditions. Winemakers like Fabrice have had to get creative in their winemaking approach, including where they source their fruit from. This cuvée is truly like no other, 100% Syrah that is harvested from biodynamic vineyards in Vaison-La-Romaine, in Provence. The grapes are vinified in the Jura in Fabreice’s minimal-interventionist style, Rich, earth driven.

“While it is unlike us to associate certain wines with certain seasons, the chill of winter simply requires a degree of decadence that I can only find in the savory and sumptuous white wine from the Jura. Perhaps I am biased, but when the cold wind is at one’s cheeks, who can deny the revitalizing effects of a hearty sous-voile? Further, few vignerons craft the sort of Savagnins and Chardonnays that captivate us quite like the affable Fabrice Dodane.

Domaine de Saint-Pierre began in the 1980s when the late Philippe Moyne left his law practice to replant a few hectares of vines in the storied villages of Vadans and Saint-Pierre in Arbois. Early on, Fabrice, who studied viticulture in Beaune, was hired as Moyne’s vineyard manager. By 2008 he had converted the entire estate to certified organic viticulture and since taking over the Domaine in 2012, he has continued to move the estate towards a more natural approach. The winery is meticulous (aside from splashes of fuchsia-colored wax for the bottle caps) and lined with stainless tanks, oak barrels, and a separate dry room where his Savagnin quietly develops for six years under flor. His reds (which are exceptional in good vintages) are made without added sulfur, and most recently he’s begun experimenting with making white wine without any sulfur additions”